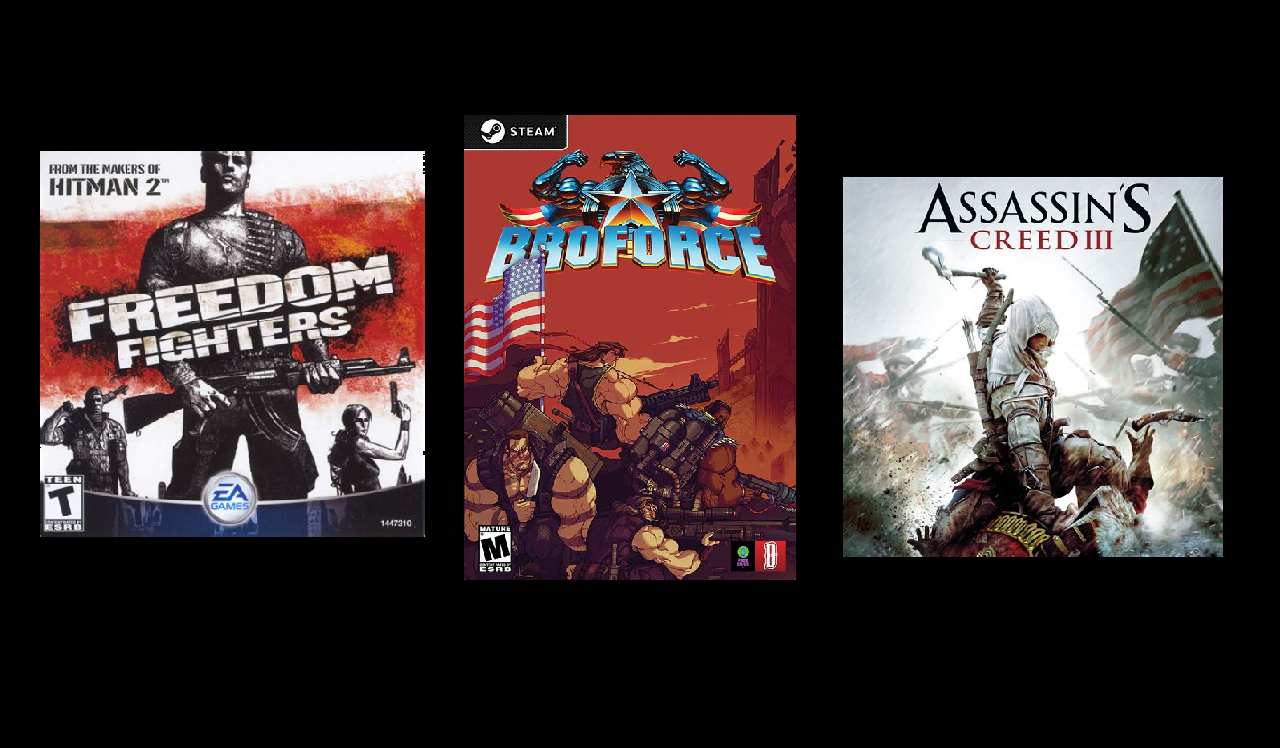 Hot Dogs! Hamburgers! Fireworks! Stars and Stripes! Red, White, and Blue! That could mean one thing: The Fourth of July is upon us!

On the 4th of July, we celebrate a moment when the 13 colonies separated from the British government with their Declaration of Independence. The American Revolution was a bloody war yet it was fought with the understanding, at the time, that no one should be ruled by one, single person. It was argued that all people are created equal. Freedom for all!

Of course, for most people, it’s a time to fire up the grills and cook some hot dogs and hamburgers, watch the food with a cold one in your hand, and sit back at night as the sky lights up with colorful fireworks. Hey, that’s fine too. I mean, any excuse to chow down while spending time with family and friends is a good excuse.

This week’s episode will have tracks from video games that have a patriotic theme, according to a former article from PC Magazine. So, after making sure your pets are indoors, have a bite of your monster creation of a hot dog or burger, sip some cold brew, and freely enjoy these tracks.

“The Most Patriotic Video Games”

“The Battle for Freedom” – [Freedom Fighters] – composed by Jesper Kyd

“End of the Line” – [Broforce] – composed by Deon Van Heerden