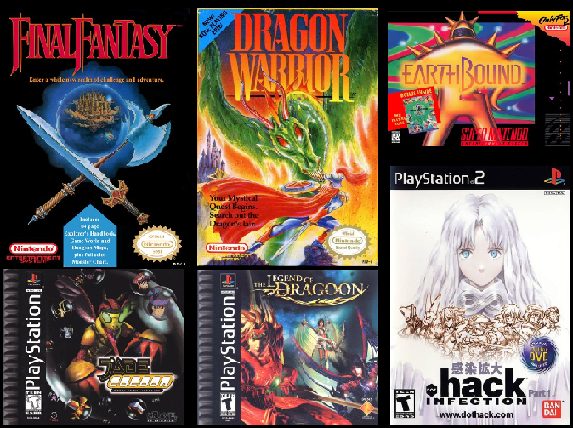 The party is still going on this month, as I talk about one of my favorite genres of video games: role-playing games.

These were games in which to you take on the role of a character, based on a certain class using several traits or stats, and go on an adventure that sees you grow from a meager novice to an awesome master of skill. You may encounter many NPCs (non-player characters) to do quests or find clues to the next objective. You’ll collect items to arm yourself, do better in a battle, or move forward in a quest. You might have several people join to form a party. There will be monsters galore, with some being the one of the major bosses until you finally reach the BBEP (Big Bad Evil Person).

We’ll be playing tracks from several video games, along with their remixes or covers. Of course, I’ll wax on about how much a love a game and perhaps pine about making a re-release or remake. Somehow, I managed to get on a soapbox about one particular game series…

Hope you enjoy them as much as I enjoyed playing these games.

“Legend of Dragoon – Do You Still Remember [Remake]” – remixed by Redazu

“Stockings by the Fire” – remixed by Ryan Davis Music